LNG May Provide US Nat Gas Its Needed Demand Boost

LNG industry expected to balloon after investment decisions due 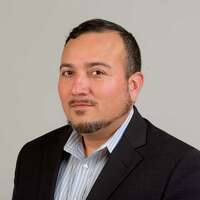 LNG industry expected to balloon after investment decisions due in 2019

Four companies own and operate five liquefied natural gas export terminals that use tankers to ship the supercooled fuel from the United States to destinations in 33 nations around the world.

Three more export terminals are under construction, while the Magnolia and five other proposed plants are waiting to get a piece of a pie. The six proposed plants hold permits but are waiting on sales contracts before making final investment decisions.

Over the next two years, projects capable of producing up nearly 90 million metric tons of LNG per year are expected to reach final investment decisions that will require more than $200 billion of construction work through 2025, global research firm Wood Mackenzie estimates.

If the proposed projects land contracts and move forward, they will create thousands of construction jobs, hundreds of high-paying permanent jobs and create a much-needed outlet for the record 21.7 billion cubic feet of natural gas being produced in the Permian Basin of West Texas and the Eagle Ford Shale of South Texas.

Three companies sent 291 cargoes of U.S. liquefied natural gas through July to destinations in 30 nations around the world. Shipments to 10 countries in Asia, Latin American and Europe accounted for nearly three-fourths of those exports.

There are three liquefied natural export terminals under construction while there are another five projects have been permitted but are awaiting a final investment decision. Applications for eight more projects remain under review by federal regulators. Four more proposed projects have started the prefiling process.

An Australian company with its principal offices in Houston, LNG Limited has held a federal permit to build its Lake Charles export terminal for the past three years but needs sales contracts before the project can move forward.

Seeking to develop an LNG-to-electricity project in the Mekong Delta, the Vietnamese delegation visited Houston in March, and LNG Limited officals took the delegation to Lake Charles to tour the proposed plant site.

In addition to seeing the proposed site, the Saturday trip included a pit stop at Buc-ee’s in Baytown, a Cajun lunch and a tug boat ride in the Calcasieu Ship Channel, where one of the lead delegates got to steer the boat for a few minutes.

“That paid off huge dividends to the point that they said, ‘Let’s do business,’” Vesey said.

Under the deal, Delta Offshore Energy will be building a natural gas power plant in Bac Lieu province as well as an offshore LNG import terminal known in the industry as a floating storage regasification unit, or FSRU.

Tankers from Magnolia LNG will arrive at the planned offshore LNG import terminal, where the supercooled liquid fuel will be converted back into its gas form and fed into an underwater pipeline that will move the natural gas to an onshore power plant.

The deal with Vietnam puts LNG Limited one-third of the way to its 6 million-metric-ton sales goal for Magnolia LNG and also allows a former coal-fired power plant to be reborn as one that uses cleaner-burning natural gas.

“The government there is embracing bringing the private sector in help develop the economy,” Vesey said. “It’s great to be in the forefront there and seeing what additional opportunities there are.”

Over the past several years, most U.S. LNG companies had been focusing their marketing efforts on selling the liquid power plant fuel to China, but the Trump administration trade war resulted in the Asian superpower slapping a 25 percent tariff on American liquefied natural gas.

Alex Munton, the principal LNG analyst at Wood Mackenzie Americas, said the tariffs have complicated inking deals with China, but U.S. producers have been able to find other buyers in Europe and elsewhere in Asia.

“The majority of the deals that we have seen last year and this year have not been with Chinese buyers,” Munton said. “That shows that there are lots of other customers out there. The tariffs are not fundamentally a headwind, but the market is finite.”

The coming wave of final investment decisions has oilfield service companies competing for engineering, procurement and construction contracts — creating thousands of construction jobs and hundreds of high-paying jobs once the plants are complete.

Bechtel has built 15 LNG production units known as trains over the past five years, including several for Houston liquefied natural gas company Cheniere Energy in Louisiana and Corpus Christi.

“We expect to see continued growth in the LNG industry in the United States and globally in the years to come, especially as it plays a bigger role in the transition to a lower carbon future,” Bechtel CEO Brendan Bechtel said.

Sergio Chapa covers the oil & gas industry for the Houston Chronicle and writes for Texas Inc., a weekly Monday insert dedicated to covering the most powerful business leaders in Texas. Sergio was born and raised in the Lone Star State and studied journalism at the University of Texas at Austin. He previously worked at the San Antonio Business Journal, KGBT-TV in the Rio Grande Valley and Al Día in Dallas.

Sergio Chapa covers the oil & gas industry for the Houston Chronicle and writes for Texas Inc., a weekly Monday insert dedicated to covering the most powerful business leaders in Texas. Sergio was born and raised in the Lone Star State and studied journalism at the University of Texas at Austin. He previously worked at the San Antonio Business Journal, KGBT-TV in the Rio Grande Valley and Al Día in Dallas.